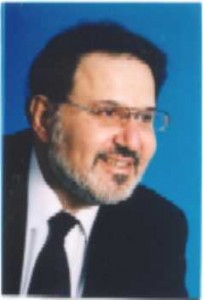 In addition to being a lawyer I am an academic transplant surgeon with almost thirty years of medical experience.  I provide Independent Medical Opinions (IMO Letters) to disabled Veterans in a form of a Nexus letter combining the best medical analysis and research with knowledge of the veteran’s disability law.  My purpose is to provide you with a nexus letter which will convince the DRO or the BVA judge that you are indeed disabled due to injuries incurred during your military service

There are three steps involved in a claim for service connection. a. First, the veteran must present satisfactory lay or other evidence of service incurrence or aggravation of such injury or disease . Second, the VA must determine whether that evidence is consistent with the circumstances, conditions, or hardships of such service. The third and final requirement is demonstrating that there is a nexus (a link or a connection) between the current disability and the event that occurred during the period of military service.

What are IMO Letters?

To meet the nexus requirement, the veteran must have an evaluation by a physician that will establish that the veteran is indeed disabled and also that his disability is as likely as not caused by his military service.  There are two methods used to establish such a nexus; one is independent medical examination and the other is independent medical opinion.  The first involves an actual examination of the veteran at the doctor’s office.  The second method does not require a physical examination, but does require an experienced physician who will carefully review the entire medical record and the C&P examination, and then perform independent and thorough medical research relevant to the issues of the veteran’s case.  The expert drafts an analysis of this information, presenting the medical history in a way that best supports the claim.

Why do I need Nexus / IMO Letters for my Veteran Disability claim?

The Institute of Medicine (IOM) was asked by the Veterans’ Disability Benefits Commission to study and recommend improvements in the medical evaluation and rating of veterans for the benefits provided by the Department of Veterans Affairs (VA) to compensate for illnesses or injuries incurred in or aggravated by military service The IOM noted that inadequacy of the raters employed by the VA: “Few raters have medical backgrounds. They are required to review and assess medical evidence provided by treating physicians and VHA examining physicians and determine percentage of disability, but VBA does not have medical consultants or advisers to support the raters. Medical advisers would also improve the process of deciding what medical examinations and tests are needed to sufficiently prepare a case for rating” General (OIG) reported that 24 percent (95,000 of 405,000) of the C&P examinations had been incomplete in FY 1993, a percentage that had not improved much in FY 1996, when 22 percent were incomplete (VA, 1997b). The IOM found also that For example, of the spine exams requested during the second quarter of fiscal year 2005, 32 percent of the exam requests had at least one error such as: •not identifying the pertinent condition; •not requesting the appropriate exam;

5) I write a detailed nexus letter summarizing your medical records, the veteran claim file, and provide a medical analysis using the latest medical scientific literature as well as analysis of the Veteran rating table.  I include exhibits which facilitate the review of your case by the DRO or the BVA judge

What is the cost of  Independent Medical opinion (Nexus / IMO Letters) ?

This is a service which I provide as a physician rather than a lawyer .  As such I do not collect a percentage of the past due benefits if we win but rather need to be paid upfront.  The typical cost is $1500

What we do not do:

I do not perform physical exams.  This would best be done by a personal physician.

One of my clients posted the IMO I wrote for him.  see the sample

The names of the clients have been adducted

What our clients say about our Independent Medical opinion (Nexus / IMO Letters) ?

The VAWatchdog.org recommendations for IMO

The Independent Medical Examination & Independent Medical Opinion VAWatchdog recommends that every veteran consider seeking an Independent Medical Examination (IME) or an Independent Medical Opinion (IMO) for their VA disability benefits claim. The VA has become increasingly difficult to navigate. Because of the difficulty in receiving a fair decision from VA, we at VAWatchdog have recognized that veterans who have even the simplest claims can no longer rely on a fair decision. Every veteran should prepare to have expert help as they develop their claim. This includes legal representation by a VA accredited attorney as well as expert opinions from highly skilled and well qualified physicians. There is a difference in the IME and the IMO. The IME requires your physical presence in front of the examining physician. IMO Letters are based on the opinion of the physician after he has thoroughly reviewed your records. It is our opinion that the IMO may be the better choice in most cases. To write an acceptable IMO is not a simple task. The physician must first understand the law that applies to the claim. The physician must know the details of how disabling conditions may affect the overall quality of life of the veteran patient. Disability law is not something that most physicians are trained in. Having said that, VAWatchdog currently recommends only two physicians for IME/IMO work. Each of these doctors is expert in the arena of disability medicine. We urge veterans to review their claims with one of these physicians and to seek the help of an attorney Dr. David Anaise is a physician as well as having a license to practice veterans law. In interviews with Dr. Anaise we’ve asked and learned much about him. In discussions with Dr. Anaise he’s told us: “In addition to being a lawyer, I am a surgeon with almost thirty years of medical experience. I was Clinical Associate Professor of Surgery and Attending Surgeon in Transplantation at SUNY at Stony Brook. I served as President of the New York Transplantation Society and as Assistant Editor of Transplantation Proceedings. I have authored three book chapters, three patents and 106 research papers published in peer reviewed medical journals. My background in medicine and research makes me well qualified to thoroughly review and present your disability case. I obtain, study and analyze all your medical records and perform independent medical research relevant to the issues of your case. I then present an analysis presenting your medical history in a way that best supports your claim. The submission all the medical report which does not contain an actual physical examination or even the submission of a medical treatises requires the board to address the reports or the medical treatises. In a decision rendered by Judge Bartley In Bowers v Shinseki NO. 11-3022 Judge Bartley was critical of the BVA’s failure to address a medical treatises provided by the veteran. The BVA held that such report was merely laypersons opinion. Judge Bartley held, ‘As a layperson, the Veteran is not competent generally to render a probative opinion on a medical matter. Mr. Bowers, however, was not offering his own subjective opinion as to the growth rate of gallstones; he was repeating the data reported in professional medical treatises he submitted. Certainly, a layperson is competent to report information provided by a medical professional. Cf. Jandreau v. Nicholson, 492 F.3d 1372, 1377 (Fed. Cir.2007) (holding that a veteran is competent to repeat a medical diagnosis and report observable symptoms). In labeling the veteran’s report of the growth rate of gallstones as incompetent lay opinion, the Board avoided addressing the substance of the medical treatise evidence Mr. Bowers submitted, just as the Board failed to address those treatises directly. Thus, the Board’s failure to address the medical treatise evidence that was favorable to Mr.Bowers was not harmless. See Sanders and Caluza, both supra. As such, remand is warranted”

In a recent decision by the BVA (FEB 2 8 2014 DOCKET NO. 11-09 193) the board reiterated the importance of IMO Letters supported by medical literature in establishing service-connected disability for sleep apnea secondary to PTSD the board held: “The Veteran had a VA examination in October 2009. The Veteran reported sleep apnea with an onset two to three months earlier. The VA examiner opined that, per medical literature review, sleep apnea is not caused by or aggravated by the Veteran’s PTSD. The VA examiner stated that the basis of the opinion was the review of medical literature. The literature was not specified. At the Board hearing in March 2012, the Veteran testified that his therapist has told him that PTSD aggravates sleep apnea because he has nightmares and dreams in his sleep. The Veteran testified that he has anxiety attacks in his sleep that keep him from catching his breath. The Veteran testified that he has used a CPAP machine for about four years. In this case, there is positive medical evidence which links the Veteran’s current sleep apnea to service-connected PTSD via aggravation. The most probative opinion is that of Dr. T which not only provided a link between the Veteran’s PTSD and sleep apnea (by aggravation) but also was supported by submitted medical literature. Despite the negative VA opinion, in light of the positive medical opinions from the private psychologist, the Board finds the evidence is at least in equipoise regarding whether the Veteran’s sleep apnea is aggravated by service- connected PTSD. Accordingly, resolving all reasonable doubt in the Veteran’s favor, service connection for sleep apnea is warranted. – Gilbert v. Derwinski, 1 Vet. App. 49 (1990); 38 U.S.C.A. § 5107(b). ORDER Secondary service connection for sleep apnea is granted